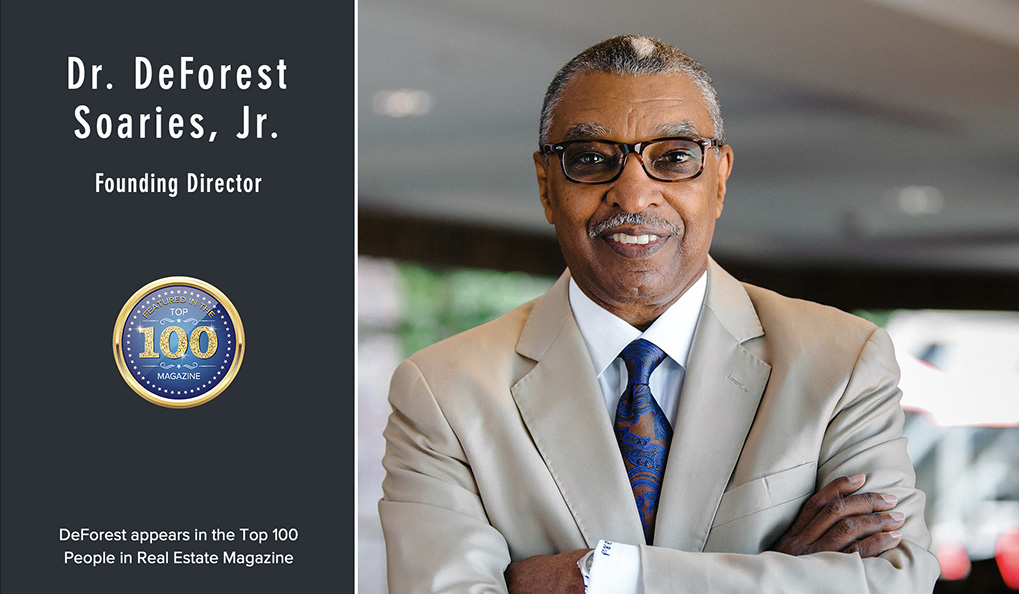 With nearly 30 years in real estate development, DeForest Soaries appreciates the human aspect of the work he does and believes profit applies to more than the financial. He is the founder and former chairman of a nonprofit affordable housing corporation and the former owner of a real estate company that developed an unsubsidized affordable housing project. DeForest also holds corporate governance expertise in executive and director compensation and is the author of Say Yes to No Debt: 12 Steps to Financial Freedom as well as its accompanying workbook. Although he has held numerous corporate roles in the past, DeForest was proud to join a startup in 2011 as a founding director and chairman of Independent Realty Trust’s compensation committee. Headquartered in Philadelphia, Pennsylvania, IRT is a publicly traded real estate investment trust (REIT) that owns and manages more than 300 apartment communities, primarily in the Southeast and Midwest United States. IRT also employs over 400 people nationwide and serves more than 18,000 tenants. The stock in the last 15 months has tripled in value, and the company has grown to be one of the most attractive REITs in the country.

Over the course of his career, DeForest not only built and marketed multifamily housing, but he also selected and negotiated with tenants. “While some board members may understand numbers on paper better than I do, I have more experience working with families who can’t afford to be evicted, and that’s what I bring to IRT,” says DeForest . Instead of climbing the corporate ladder, DeForest remained close to the community as a clergyman, helping people manage the transitions in their lives.

As an independent director, DeForest sets policies and support strategies that increase the trust’s value for investors, and as chairman of the compensation committee, he sets executive and director compensation. He is also a member of the nominating and governance committee, which recommends new directors to the board and governance improvements to the corporation.

DeForest has served as compensation chair for three different corporations, all of which went through CEO transitions while he was serving. IRT, for example, transitioned from being an externally managed company—one that hires a third-party entity to manage operations—to having its own CEO and management team. DeForest accomplished the significant task of overseeing that transition and negotiating contracts with incoming executives and continues to lead the committee, which determines the appropriate compensation for key executives, in a role that encompasses planning, designing, and managing their compensation. His myriad responsibilities include hiring compensation consultants, benchmarking peers to ensure IRT is competitive, determining bonus structures and awards, overseeing the evaluation of performance, and approving any changes that need to be made to executive seats.

While his work is rewarding, what DeForest most enjoys is collaborating with the other IRT board members, who ensure that stockholders get a good return on their investments in ways that are respectful of others. “Our board appreciates diversity in all forms, and both IRT and our shareholders benefit from the culmination of our diverse views and ideas, which is an important core value of the company,” he says.